The ECWG published a paper on how scale influences the costs and cost-effectiveness of self-help groups in Bihar, India. The study found strong evidence for economies of scale by showing that a 1% increase in program membership was associated with a 0.6% increase in program expenditures. Predicted costs from regressions suggest that the annual per capita program expenditures declined from $29 when the program covered 100,000 members to $5 when it reached 10 million members. We also found that formation of higher-level federations is associated with lower marginal costs than setting up SHGs. However, previous evidence suggests that Jeevika did not generate average impacts on women’s agency and asset ownership after scale-up. Building on a rich history of research on Jeevika, we argue that program implementers must identify key success factors in pilot programs to minimize tradeoffs between cost savings and potentially reduced impacts after scale-up.

This newsletter includes the paper, a recording of a webinar discussing the study, and our previous blog about the study. 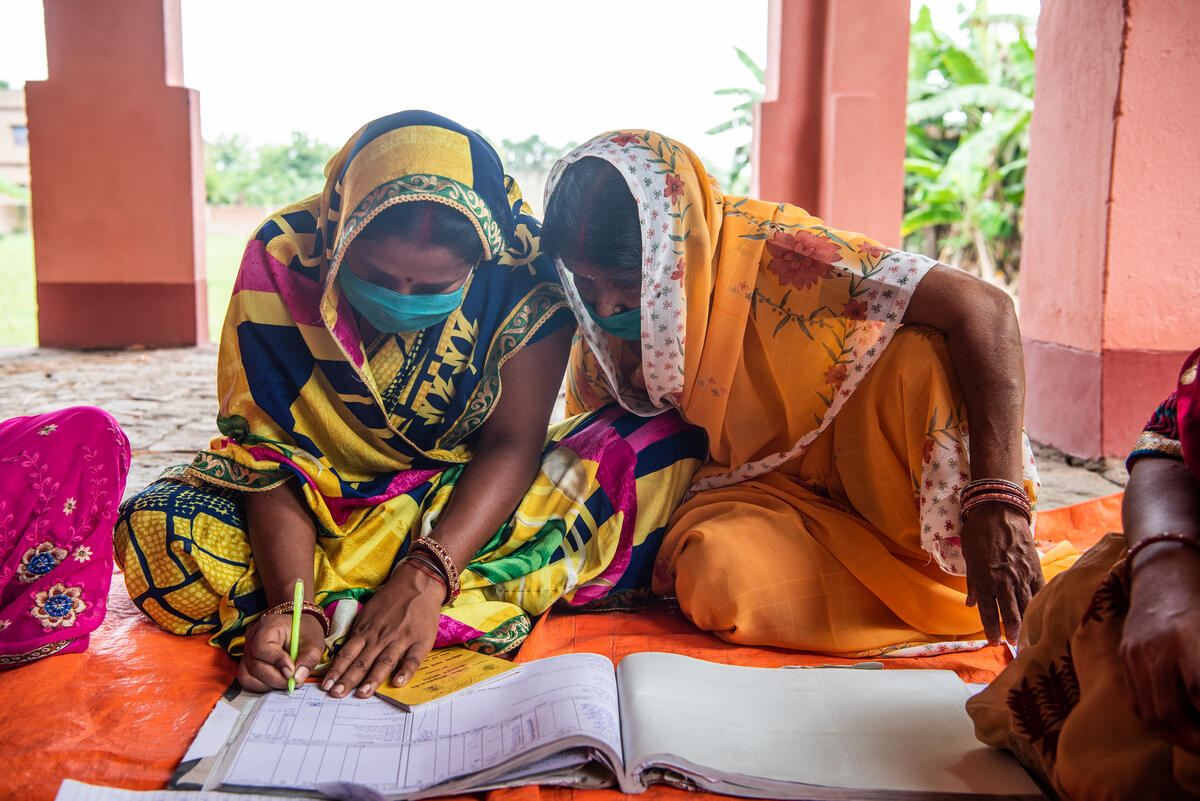 Livelihoods and microfinance programs for women often show reduced impacts after scale-up. Yet, program scale-up may reduce average per capita costs and maintain cost-effectiveness despite lower impact. Our paper presents evidence on the association between program scale, costs, and cost-effectiveness by analyzing how the costs of a large-scale Self-Help Group (SHG) program in India changed from its inception in 2007 to its scale-up in 2019. We use expenditure data from program’s audit statements of Jeevika – the Bihar Rural Livelihoods Promotion Society – and find that a 1% increase in program membership was associated with a 0.6% increase in annual program expenditures, indicating large economies of scale for this outcome. Building on a rich history of research on Jeevika, we argue that program implementers must identify key success factors in pilot programs to minimize tradeoffs between cost savings and potentially reduced impacts after scale-up.

We organized a webinar that focused on two studies that demonstrate costs of scaled-up livelihoods and health interventions, delivered through women’s group programming. The session specifically explored economies of scale and cost-effectiveness of a Self-Help Group program in India, and the scale-up costs and outcomes of a participatory learning and action cycle with women's groups across multiple countries.

Implications of Scale for Program Costs and Cost-Effectiveness: Evidence from JEEViKA – the Bihar Rural Livelihoods Project

Should we still expand programs if impacts reduce after scaling up? What happens if economies of scale push costs low enough that they offset the lower impacts, and help retain the overall cost-effectiveness of the program? ECWG members Garima Siwach, Sohini Paul and Thomas De Hoop explore these questions and share their findings with us in this blog.

The ECWG developed guidelines to support researchers, stakeholders, and program implementers to collect and analyze data on program costs and estimate program cost-effectiveness, with the goal of supporting better practices in cost data collection and the use of these data to inform future investments in women’s groups. The ECWG has also designed two versions of cost data collection tools – a basic version and an advanced version. These tools can be used to collect cost data of women’s group programs by defining program-specific assumptions (also included in the tools). The cost data collection tools are accompanied by one cost summary and analysis sheet, which can be used to generate cost-effectiveness estimates based on total costs and estimated impact.

The Evidence Consortium on Women’s groups collaborated with a group of practitioners, researchers, and funders to conduct an evidence review of how women’s savings and self-help groups and their members have navigated the pandemic in India and Africa. The results showed evidence indicating that self-help groups and savings groups can increase resilience based on a synthesis of the existing evidence.

This roundtable will bring together funders, implementers, and researchers from the Bill & Melinda Gates Foundation, CARE, Women for Women International, and American Institutes for Research to discuss findings from studies undertaken across India and sub-Saharan Africa over the past year. It focuses on the impact the pandemic (and some of the associated policy responses) have had on savings and self-help groups as well as the ability of these groups to mitigate the effects of shocks for their members and communities.

We will also discuss various recommendations for policymakers who aim to strengthen savings and self-help groups with the objective of achieving improvements in women’s empowerment and economic outcomes based on evidence to date.