Describing women’s group models with greater accuracy is key to ensuring transferability of evidence, both from pilots to scaled-up programs and across contexts. To address this gap, this paper proposes: (i) a typology to categorize women’s groups and (ii) a set of common reporting indicators to describe implementation models

This study builds evidence on the association between program scale and costs by analyzing how costs of a large-scale Self-Help Group (SHG) program in India changed over an eight-year period. The study focuses on program costs of Jeevika – the Bihar Rural Livelihoods Promotion Society – since its inception in 2007-08 when it mobilized 8,000 women into SHGs to 2015-16, when it had mobilized over 5 million women into approximately 0.5 million SHGs. Jeevika’s SHG program originally started in six priority districts of Bihar in 2006-07, before the National Rural Livelihoods Mission (NRLM) was formally launched by the Government of India. Using program expenditure data, this study estimates costs of different program components, including capacity building, institutional development, community investment, and project management. Analysis of the estimated costs and program scale show that program costs per member declined consistently with an increase in scale. Using existing estimates on program impact, the study sheds light on potential implications of scaling up for program’s cost-effectiveness.

About the ECWG Working Paper Series

Over the next two years, the Evidence Consortium on Women’s Groups will release a series of working papers. Each of the working papers aims to address evidence-gaps that we identified in our learning agenda or the research agenda on women’s groups and COVID-19.

The series will touch upon a diverse set of topics including:

We’d be delighted if you read, reflect on, engage with and share these papers widely. Please feel free to reach out to our co- principal investigators about the working paper series at: 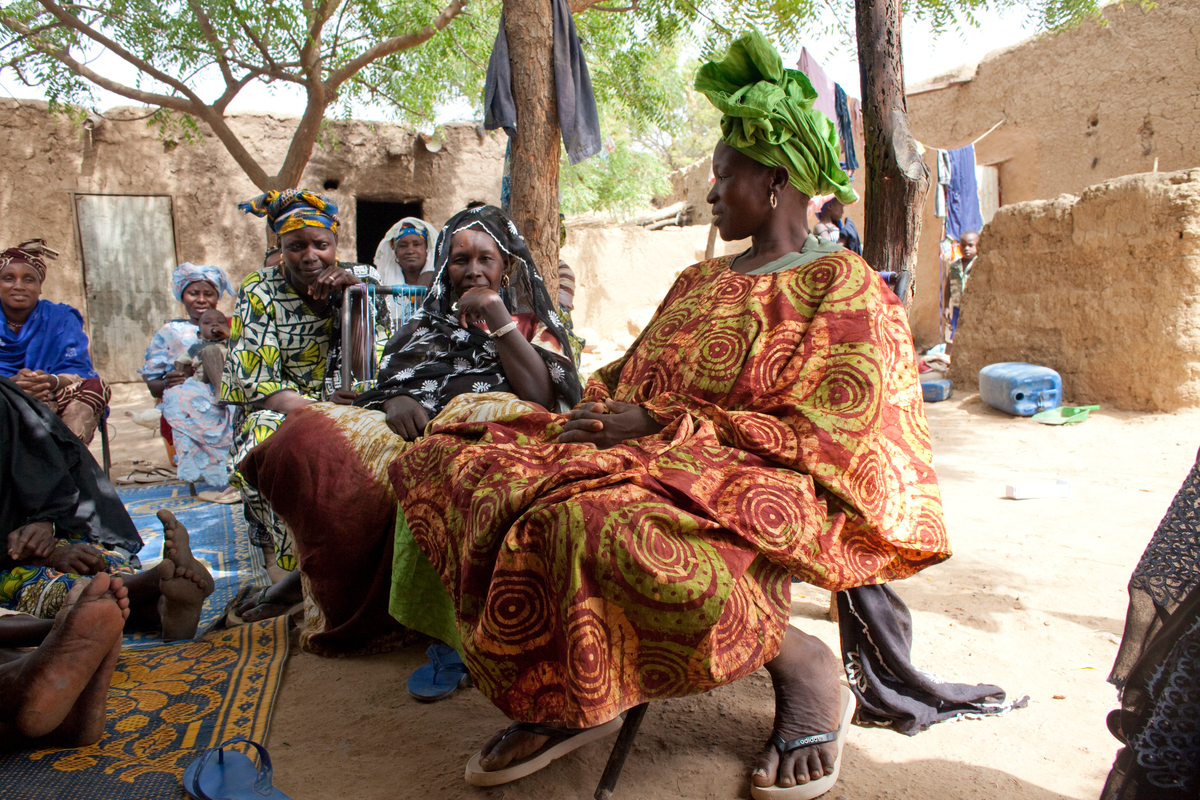 ECWG and UCL recently hosted a webinar on "Mechanisms in Women’s Groups Interventions: Findings from two recent reviews". This webinar focused on mechanisms in interventions with women’s groups in low and middle-income country settings. The speakers presented findings from two recent evidence reviews: Seema Jayachandran and Lucia Diaz-Martin spoke about a synthesis of experimental and quasi-experimental evidence on livelihoods, health and adolescent groups and Lu Gram spoke about a mixed-methods systematic review of interventions with community groups to improve women’s and children’s health. 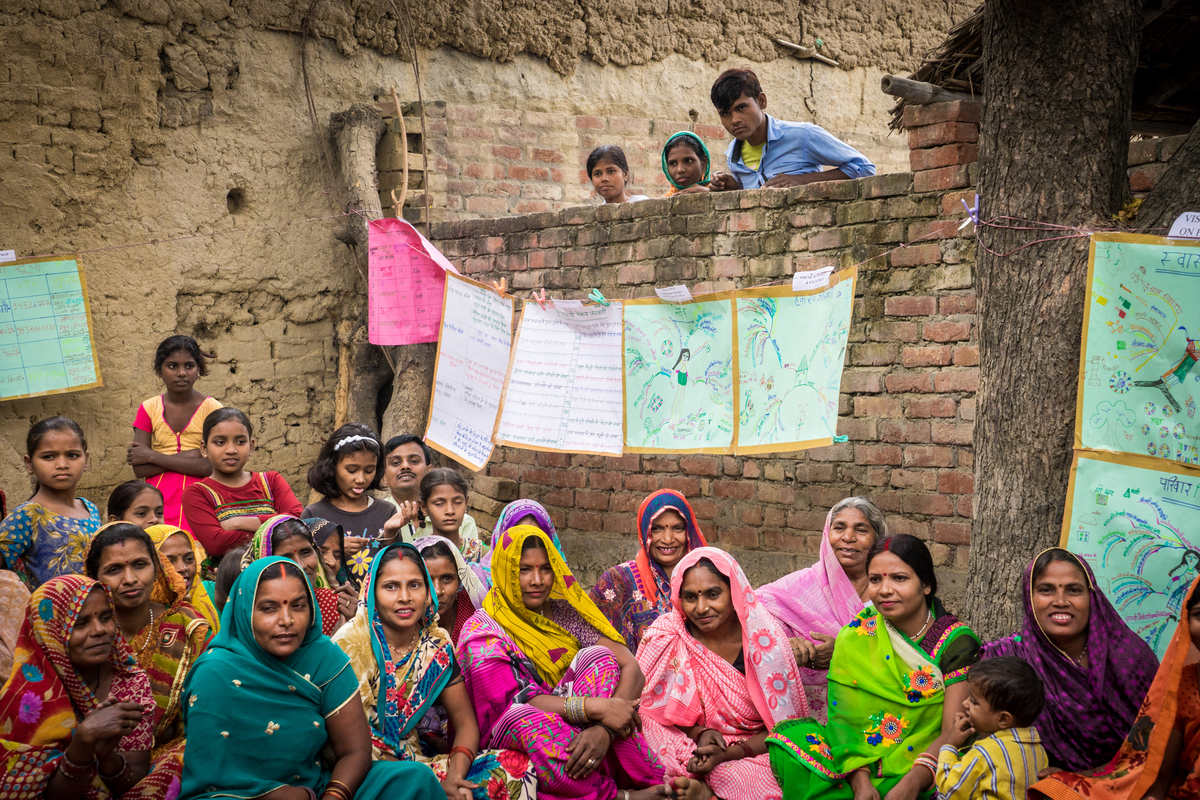 Participatory learning and action cycles with women s groups to prevent neonatal death in low-resource settings: A multi-country comparison of cost-effectiveness and affordability

WHO recommends participatory learning and action cycles with women’s groups as a cost-effective strategy to reduce neonatal deaths. Coverage is a determinant of intervention effectiveness, but little is known about why cost-effectiveness estimates vary significantly. This article reanalyzes primary cost data from six trials in India, Nepal, Bangladesh and Malawi to describe resource use, explore reasons for differences in costs and cost-effectiveness ratios, and model the cost of scale-up.

Relief from usury: Impact of a self-help group lending program in rural India

Provision of low-cost credit to the poor through self-help groups (SHGs) has been embraced as a key poverty-reduction strategy in developing countries, but evidence on the impact of this approach is thin. Using a randomized program rollout over 180 panchayats, this study evaluates the impact of a government-led SHG initiative in the Indian state of Bihar.

Banking the group: Impact of credit and linkages among Ugandan savings groups

Traditional banks and microfinance institutions lend directly to clients using individual or joint liability contracts, and generally have strict rules on selection and repayments. In most rural areas of sub-Saharan Africa, these formal institutions are uncommon. Financial services are more often provided by savings groups; however, these are often unable to fully meet local financial needs. In this paper, the authors study an alternative lending model with the potential to bridge the gap between formal and informal finance.

Impact of COVID-19 on Refugee Saving Groups in Uganda

A small survey was undertaken by VisionFund Uganda (VFU) field officers between 24 April and 19 May, 2020 of refugees and host community savings group (SG) members in West Nile, Uganda to understand the effect of COVID-19 on savings group (SG) on both host and refugee communities in the two districts.

A deep dive into Savings Groups and their services

This brief from FSD Zambia draws on findings from research on informal financial services.

Self-Help Group (SHG) and COVID-19: response to migrant crisis in Haryana, India during the pandemic

In view of the migrant crisis in Haryana, India, the Self-Help Group (SHG) of women, with community support, has been helping migrants in the COVID-19 pandemic. A professional social worker, captures their efforts.

The adivasi women of Edamalakudi, Kerala’s remotest panchayat, have formed a headload workers’ group and helped light up their villages with solar power.

This article explores how savings groups can cope with Covid-19 and the immediate interventions can financial institutions implement to support the savings groups sustainably.

Globally, due to the Covid-19 pandemic, in-person events are discouraged and are currently on hold. During this period, we will share information on online events.

Listen to consortium members speak at:

The overall theme of the webinar is exploring community engagement in global health with a particular focus on the WHO recommended Participatory Learning and Action (PLA) group approach. The webinar will be split into two panels. The first panel will bring together world leaders in implementation of the PLA group approach. They will explore the state of the art of the approach including recent experiences, new evidence and key learnings. The second panel be a discussion between policy makers and funders to map out how this evidence could help to support delivery of effective community engagement in global health.