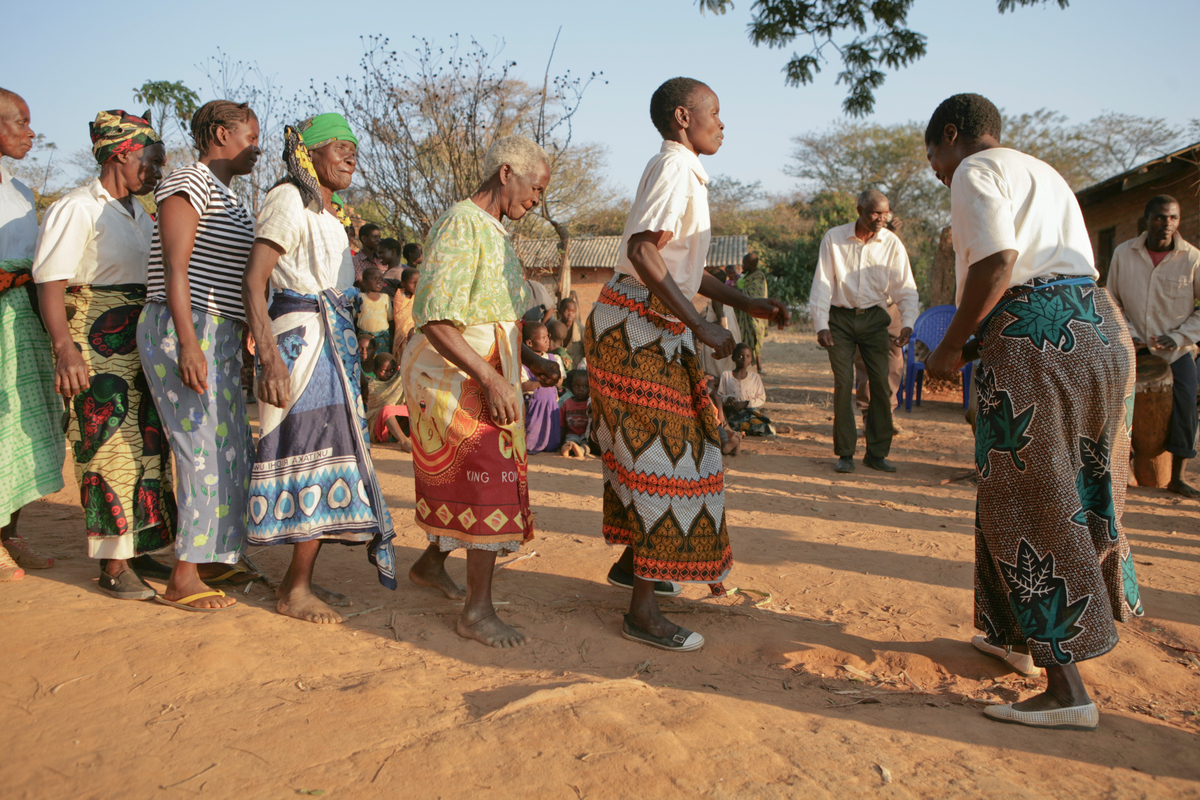 Community group-based interventions are ubiquitous in developing countries. They are used to deliver financial services through microfinance and savings groups, spur changes in behaviours such as sanitation (through community-led total sanitation), promote collective action to improve health, and deliver aid and infrastructure in post-conflict settings, among other applications. This is because group-based interventions are often less costly per program participant than one-to-one delivery. Moreover, they can harness social capital to trigger and sustain behaviour change and alter social norms. Indeed, a large and growing body of evidence shows that group-based interventions are effective in improving the targeted behaviours and outcomes (e.g. Prost et al. (2013), Casey et al. (2012), Pickering et al. (2015), Blattman et al. (2016), among others).

There are good reasons to believe that design features of community group-based interventions could also affect behaviours and outcomes beyond those targeted. For instance, social capital built through regular meetings mandated by many such interventions could improve mutual insurance arrangements, even if this was not intended. It is important to account for such indirect effects – be they positive or negative -- when assessing the overall effectiveness of programs. Positive indirect effects can further strengthen the case for otherwise beneficial programs, while negative indirect effects could undermine it.

This question, though important, has been challenging to answer rigorously. This is because many group-based interventions often also provide other resources which could themselves affect the non-targeted behaviours and outcomes. This makes it difficult to disentangle the effects of specific design features. For instance, any improvements in mutual insurance arrangements from microcredit groups could be due to the credit provided through the groups, or through alleviation of impediments to such arrangements through increased interaction in mandated group meetings. A second reason is that research groups studying such interventions might not focus on such indirect effects because of the areas of interest of the researchers involved. For instance, beyond conducting cost-effectiveness analyses, development economists – who have long been exploring issues regarding mutual insurance – were typically not involved in evaluations of health groups. Consequently, program evaluations often do not collect data on outcomes not targeted by the intervention, further complicating efforts to study this type of indirect effect.

In this blog, I report on findings from a study in rural Malawi (Malde & Vera-Hernandez, forthcoming) which overcomes both these constraints to identify the indirect effects of a participatory group-based intervention targeted at reproductive and child health on consumption smoothing of crop losses. The intervention, implemented as part of a cluster randomised controlled trial, encouraged women, and later other community members, to form groups and engage in a participatory action cycle to improve reproductive and child health in their communities.

The cycle involved fortnightly and monthly meetings over at least a 2-year period. Interestingly, it did not follow a top-down approach. While a trained facilitator facilitated the discussion, it was up to group members to come up with ideas and take decisions. Initial meetings were discussion-based while later meetings planned and implemented strategies to improve maternal and child health outcomes. Previous evidence (Lewycka et al., 2013) indicates that the approach was successful in reducing maternal and infant mortality and in improving care-seeking practices.

The intervention was implemented in rural Mchinji district in Central Malawi from mid-2005 onwards. The district was characterised by poor health services and infrastructure – only 2% of households had electricity. The main economic activity was rain-fed subsistence agriculture with little usage of modern inputs such as fertilizer, leaving household incomes vulnerable to fluctuations from uncertain weather and the vagaries of pests and crop diseases. Crop losses are a frequent occurrence in our data, with 28% of households experiencing one over a 2-year period.

Moreover, formal financial markets were not well developed, with only 3% and 20% of Malawians having any insurance product or formal bank account respectively in 2008. Instead, households relied on support from their extended family, friends, and neighbours to cope with the consequences of adverse shocks.

We hypothesized that the intervention design, and in particular the regular meetings and the participatory structure, could also alleviate barriers impeding the amount of mutual insurance households give and receive, thereby improving consumption smoothing. Economic models show that more frequent interactions can allow for better monitoring of informal arrangements, for better sharing of information, and for more frequent opportunities to punish those who renege on arrangements; allowing for stronger informal insurance arrangements to be sustained.

Having established that participatory community health interventions can improve consumption smoothing, we next investigate how these improvements were realised. First, we show that households in the intervention areas did not, on average, run down savings and livestock holdings following a crop loss unlike households in control areas. Moreover, we find no evidence that the intervention improved households’ ability to find alternative jobs to cope with the crop loss. By process of elimination, we thus conclude that any improvements in consumption smoothing must be a driven by improved mutual insurance.

Next, our analysis considers how the intervention may have improved informal risk sharing. Our data is somewhat limited, so this analysis is exploratory. We find suggestive evidence that the improved consumption smoothing is driven, at least partially, by increased social interactions created by the participatory groups. Relative to the control communities, women in intervention communities were more likely to have chatted with friends and family on a one-to-one basis, especially on health-related topics, outside the participatory groups in the three days prior to our survey.

These increased interactions could have improved information sharing, thereby alleviating information related constraints: for instance, “gossip” and news shared in these interactions could disseminate information regarding households experiencing (or not) shocks (e.g., sharing news about a village member being ill, or experiencing pests on their farm), or of sources of help. Alternatively, more frequent interactions can facilitate the enforcement of informal contracts and reduce transaction costs. We thus assess whether the increased social interactions facilitated mutual insurance by estimating whether the likelihood of chatting about a topic related to mutual insurance – credit sources – increased more among those experiencing a crop loss in intervention areas. Our evidence confirms that this is indeed the case.

We also rule out two other potential explanations for how the intervention could have improved mutual insurance – that health improvements due to the intervention left households in a better position to obtain help following crop losses, and that the groups directly provided aid. We find no evidence that the intervention improved adult health beyond reducing maternal mortality; and the impact on the latter is too small to explain the entire effect on consumption smoothing. On the latter, we document that very few households in our data received direct aid from the participatory groups, and any receipts were not in response to the crop loss.

Our study establishes that design features embedded in participatory group-based health interventions can also influence an untargeted outcome – consumption smoothing following a crop loss. Other studies (Prost et al., 2013) have established that participatory group-based health interventions are effective in improving maternal and child health outcomes in a very cost-effective manner. Our study further strengthens the case for this beneficial intervention by showing that it, likely through its design, also improved outcomes other than health. It also calls for more interdisciplinary collaboration from early stages in projects to obtain richer and more holistic answers to the questions of not just whether a program works and how, but also whether there are likely to be indirect or unintended effects on outcomes beyond those targeted by programs.